Whimsical Dr. Seuss House in Alaska is located in Willow, Alaska, in the United States.
The “Dr. Seuss” house has about 12 stories,it was built and left unfinished for almost 10 years, and just recently (2012) was finished.
The house was dubbed with the name “Dr. Seuss” house by the local people of Willow, and it makes perfect sense.
The original owner worked on it extensively for 10 years before he died. Then it sat abandoned for 10 years until a new owner Mr. Phillip Weidner purchased it and has started renovations.
The story behind it is that the owner originally built the house with a view of Denali/Mt. McKinley. He happened to build it right after a forest fire though, so the trees were all short, new growth. As time progressed, his view was impeded, and he would build another level, eventually ending with the building you see here.
If you plan on visiting, keep in mind that although the house is virtually abandoned it's still privately owned and thus on private property. A great way to see it is by driving past it, on a train, or take a ride with an Alaskan bush pilot, which in general is a great way to see the Alaskan countryside. 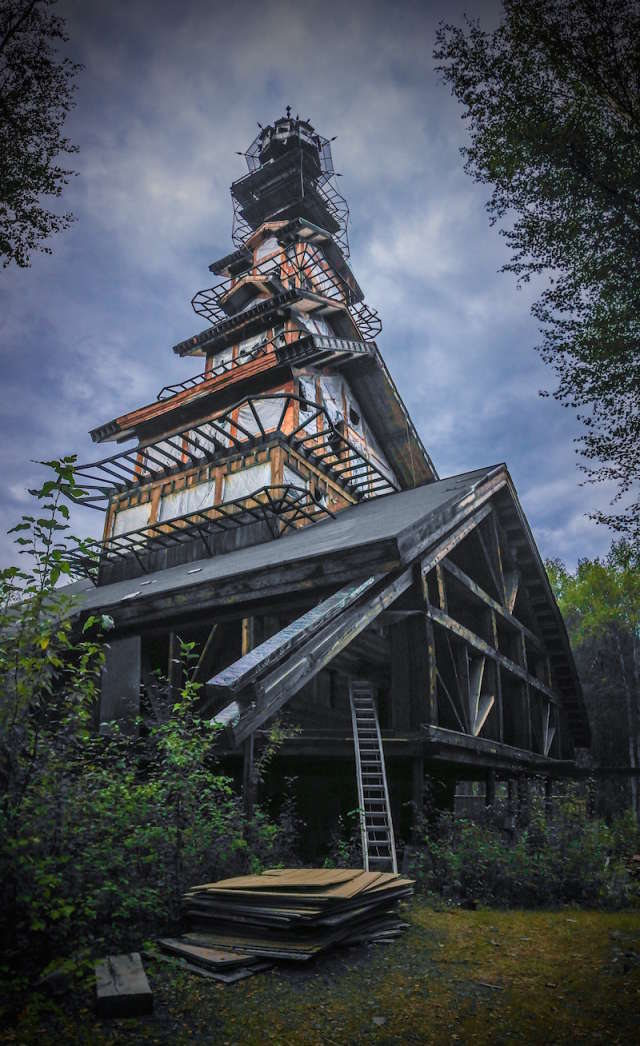 It's a massive 12-story building that's every bit as weird and quirky and eccentric as a Dr. Seuss book. 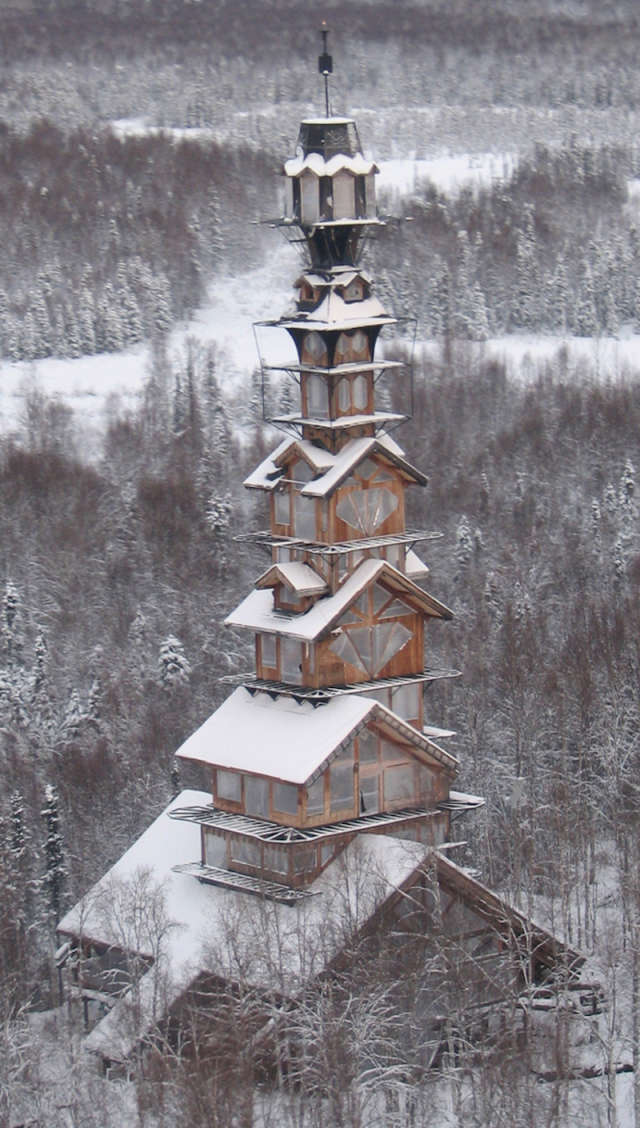 Aerial footage of the house