From 1993, Royal de Luxe became synonymous with over-the-top, extravagant theatre: the Saga of the Giants began and became a major chapter of the company’s history. Manipulated by Lilliputians, these Giants bring stories to life on city streets over several days. Their audacity and their poetry, mixing time and genres, with different giants moving at the same time at various ends of a city results in thousands and even millions of spectators.

The Giants are loved by all: each year thousands of letters, e-mails, photos, drawings, true declarations of friendship, even of love arrive from all over the world sent to the company.

Royal de Luxe is considered emblematic of street theatre and a jewel of French cultural fame. In 2013, Jean-Luc Courcoult was decorated with the title of Knight of the Order of the Arts and Letters of the French Republic by Jean-Marc Ayrault, Prime Minister of France.

Royal de Luxe have played in front of more than 18 million spectators with around 1,380 shows in more than 170 cities, in 40 countries on the 5 continents. For a full history of the company please view the Royal de Luxe website

The Saga of the Giants marked a clear turning point in Royal de Luxe history.  Their inimitable humanity and the empathy they produce in their awe-struck audiences, have now become a signature of the company. These creations in which emotion and poetry are combined are dedicated to travel around the world. Those lucky enough to temporarily play home to these special creations include:

·         La visite du Sultan des Indes sur son éléphant à voyager dans le temps (The Sultan of the Indies visit on its time travelling elephant), in London in 2006 in front of 1 million spectators and Amiens, Le Havre and Calais in 2005 as a tribute to Jules Verne;

·         La Géante du Titanic et le Scaphandrier (The Giantess of the Titanic and the deep-sea Diver) in Nantes-Saint-Nazaire in 2009;

·         Le rendez-vous de Berlin (Berlin appointment) in Berlin for the 20 year commemoration of the fall of the Wall in 2009 joined together 1.5 million spectators;

·         L’invitation (The invitation) in Santiago of Chile in 2010 for the Bicentenary of Independence and 200 years of Chilean theatre in front of 3 million spectators;

·         Le Géant de Guadalajara (The Giant of Guadalajara) in Guadalajara, Mexico in 2010 at the invitation of Mexican Presidency with a creation presented for the Centenary of Revolution and the Bicentenary of Independence for more than 3.5 million spectators;

·         L’Odyssée de la mer (Sea Odyssey) in 2012 in Liverpool for the hundredth commemoration of the sinking of the Titanic gathered more than 800,000 spectators. 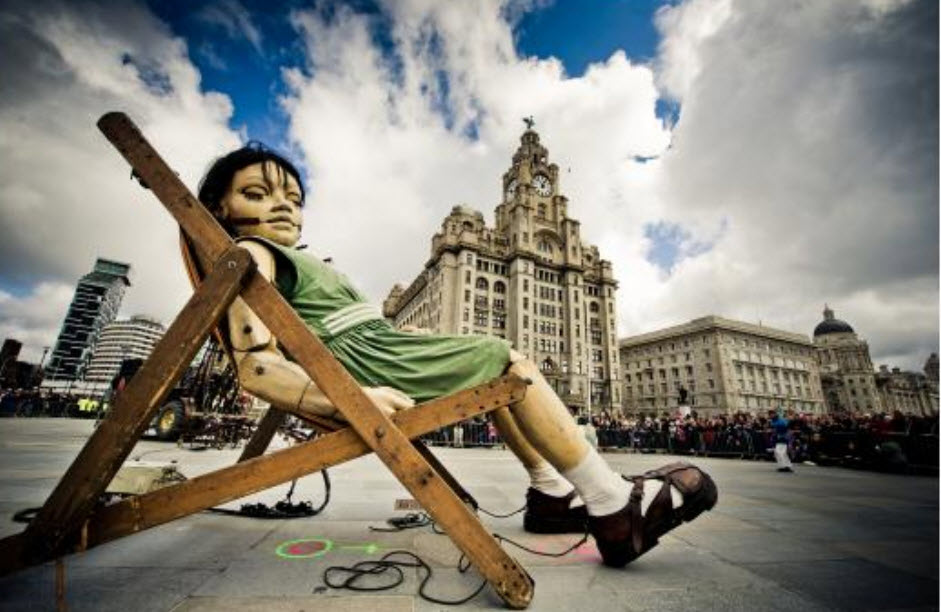 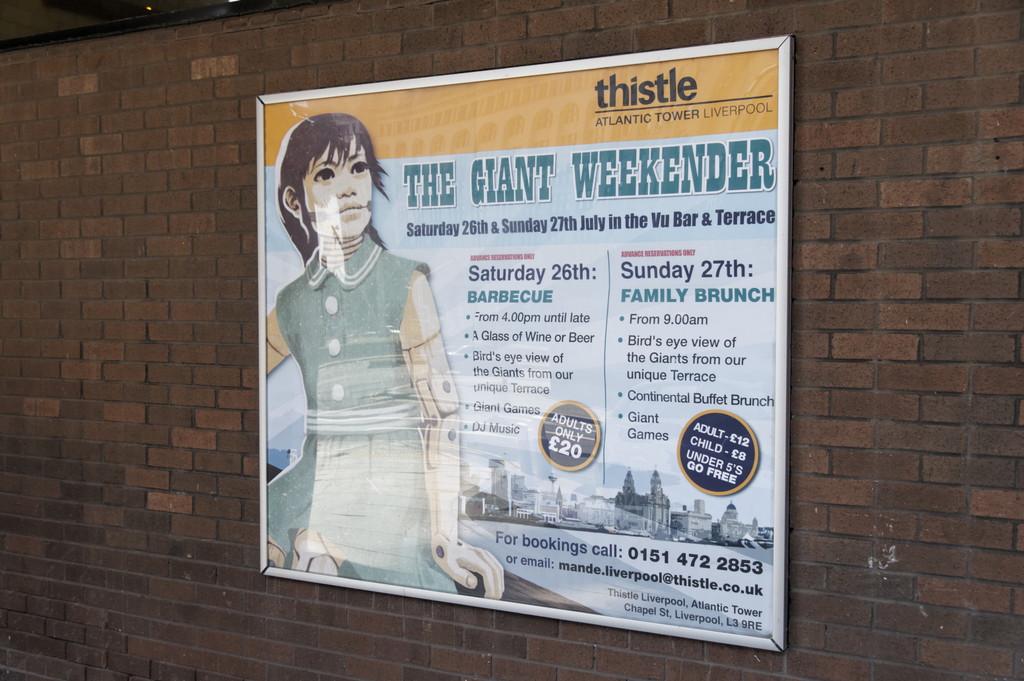 Bienvenue à Liverpool Grand-mère. Rest well, you have a busy couple of days ahead. #giantsarecoming pic.twitter.com/ShXaLpCQXF

Lpool New&Old Photos ‏@Lpool_Pics_2013 13m
The giant girl is on her way for a fake spray tan,she's been to Primark for her pj's.#giantsarecoming #giants pic.twitter.com/AixkJYdfMD